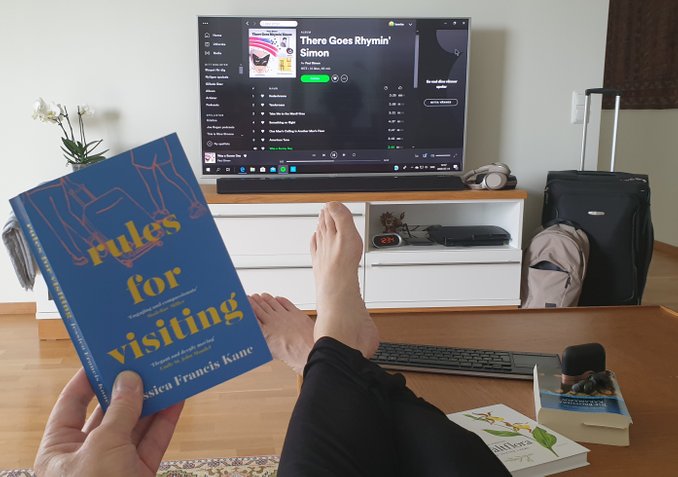 Last week's summer reading. Actually, this is a wonderful little novel. It is illusory easy and naïve and comes with a gentle and discreet friendly storyline. Or, alternately, maybe the author just tells about a passive-aggressive woman, named May, who always are mildly and one alienated step away from real life? In the novel, not a negative word is heard, as in the Paul Simon song:

Easy going. No problem. Yeah, just kickin’ down some cobblestones. But despite May's small little worries and her half-bored dollhouse, her life holds secrets - what is she really hiding? - she never tells; and this is absolutely luring and enticing amazing! There is definitely no slamming doors in end scenes in this book, once again comparing with Ibsen, the story is not so much based on dialogues between people, but on the main character, May Attaway's own somewhat innocent and blameless thoughts in a never-ending inner but paradoxically shallow and vague dialogue on not really knowing what to do; or trying figure out eventual vague expectations from others. All is told as an authentic biography-like story combined with some rudimentary, and half-bored-half-engaged thoughts on botany, plants, trees, and gardening in parallel.

The main character, May Attaway, is single, 40 years old, no kids, and works as a gardener for the university in a small town, called Anneville in the greyish middle of nowhere of US where she lives along with her aging father, and her cat Hester. The villa is way too large, and earlier, her only brother has, for some reason, left, and later on, and with her slowly dying (?) mother, who lived withdrawn and getting more and more social distanced - and then suddenly to die.... Why is May still there? Does she even like to live there, or does she? The ambivalence is perhaps illustrated by her terrified and aghast reaction and anxiety when Hester, the cat, suddenly disappeared.

The book is written as a tranquil silent reflection on how her life has been so far. On campus, May had planted a branch from a pruning of the 3,000-year-old Fortingall Yew tree in Scotland which she managed to get sent to the US. This causes an unknown poet at the university to write a poem. The poet wins a grand prize of 50,000 dollars, which in turn gives the university publicity, which, secondary of course, in turn gives May a generous sabbatical year, which in turn she spends odyssey'ing four youth-friends. The friends are now spread across the continent and in London.

But May is definitely not a visiting type, and we follow her thoughts and cautious everyday considerations on how different, but still standardised life with dogs, husbands and children, has turned out for most of the friends, but perhaps not the London-ness friend who seem to live a freewheeling and independent life. Every stay has its own hidden references.

This is a low-key book about friendship, alienation, estrangement and how May subtly constantly is becoming secondary to every facets of life, but definitely not being an outsider, and definitely not being bullied, but still half a snap beside and quart-autistic being outcast of that innermost intimacy between friends and folks and events, where the friendship between her childhood friends was always closer between the others than towards her. May has difficulties with commitment, and difficulties to understand context and flows. She makes lists of what should be done. And she do things as-if, as if something perhaps had some vague, orperhaps hidden, purpose; it seems that she could just do something whatever else, most of her life is a bit dull and grey. While the poet's wins first prize, May still gets only a divided attention. But now, finally, it seems that something has put the energies on fire. May-be there is more to life than these plants that need and must be planted.... or is it? The last chapter of the book.: “The Tree That Owns Itself”.

This is a lovely book that impresses the more I reflect on it. 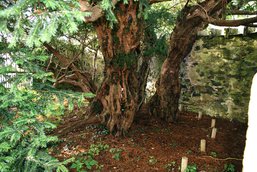